‘Life is Tough, But Love is Stronger’ 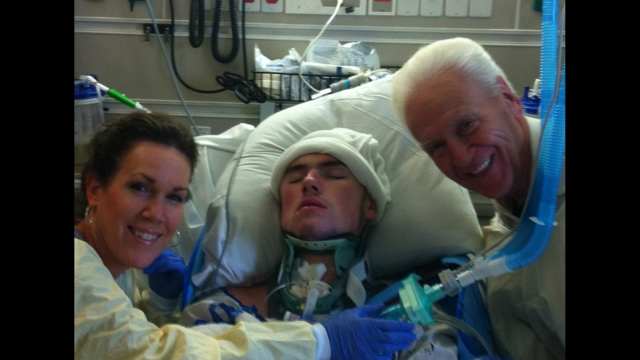 (Sequoyah County Times) – Christian Mayberry, 19, has come a long way since his ATV accident almost three years ago. He suffered a traumatic brain injury and the chances of recovery were very low. The ATV had crashed, throwing Christian off and fighting for his life.

“They told us while he was lying in the hospital bed that he may never walk or talk again,” his mom, Kim Mayberry, said. “I told them that he wasn’t going to be the norm. He was going to get better and we would have our boy back.”
He spent months in a nursing home with little improvement, she said. There, he learned to talk clearly and gained use in his hands again.

The Mayberrys fought long and hard with Soonercare to ensure he got the treatment he needed. Their insurance would only pay for home health care or a nursing home, but it was clear that Christian would need more specialized treatment. CONTINUE