Baby Born Missing Parts of Her Brain Almost Died, Then a Miracle Happened 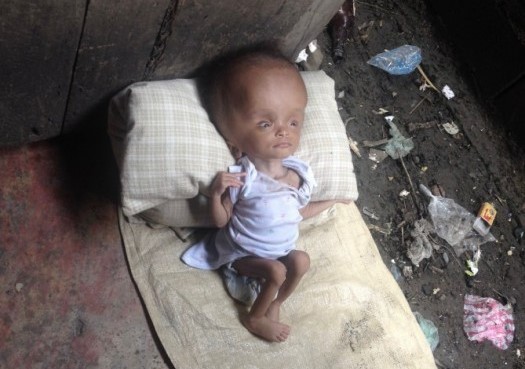 (LifeNews.com) – Babies with the brain disorder hydranencephaly often die before their first birthday, but 2-year-old Nika is defying the odds. Hydranencephaly wasn’t the only thing that almost claimed the little girl’s life. Born to a young mother in Haiti, Nika was neglected and malnourished; but after a young missionary reached out to Nika and her mother, the little girl began experiencing one miracle after another, according to LiveAction News.

Sarah Conque was serving as a medical missionary at the Danita’s Children Medical Center in Haiti when she met Nika for the first time. According to Conque’s blog, a woman who said she was Nika’s aunt (later believed to be her mother) brought the baby girl to the hospital for care in January 2014. Nika was 3 months old, and the medical staff there treated her for hydrocephalus, a condition where fluid builds up in the brain. CONTINUE