Since my family established the Terri Schiavo Life & Hope Network in response to my sister Terri's March 2005 death, we have been involved in several high profile cases. Each one of these situations was tragic for its own reasons, even gaining international publicity - the case in Canada regarding Baby Joseph, Eluana Englaro in Italy, and in the United States, Jahi McMath to name a few. We've also been involved in hundreds of similar cases that did not receive the same kind of attention, but similarly, families were in desperate need to get help for their loved ones.

Fortunately, in the vast majority of these situations, we’ve been successful using the Life & Hope resources to get these families the help they were seeking. This includes helping to save the lives of those who were in immediate threat of being killed. 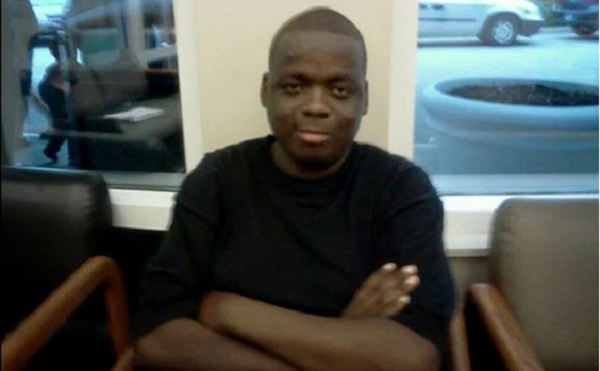 However, there is one case that stands out among all of the ones we’ve been involved with the past ten years. Consider the situation involving 32 year-old, African American, Kyle Dantzler.

When Kyle was 29 years of age, he needed kidney and liver transplants. Subsequent to this, in 2013, Kyle was having some health issues and was admitted to a leading university hospital in Philadelphia.

Kyle’s mom, Bridgette Henson who lived near Atlanta, took temporary residence in Philadelphia and would visit her son daily. Soon after he was admitted to the hospital, and without warning, she arrived to find Kyle hooked up to life support machines. Ms. Henson later learned that her son had fully coded. Subsequently, his EEG showed no brain activity and he was diagnosed as “brain dead”. His physicians urged Kyle’s mom to “do the right thing” and remove his ventilator so Kyle would die. She refused.

To everyone’s surprise, Kyle began moving his arms, and his feet and would turn towards his mother when she called his name. His doctors said it wasn’t “purposeful movement” and wouldn’t chart it because they hadn’t observed his movements themselves. Eventually, proving his doctors wrong, Kyle began to breathe on his own. Then, thanks to his mother’s persistent attention, Kyle began to receive rehabilitation.

Tragically, in March of 2014, while still at the hospital, Kyle coded for a second time. As a result, he once again experienced significant injury to his brain. It wasn’t long when Kyle’s mom was being pushed to move Kyle to hospice and “allow him to die”, even though he wasn’t dying.

For Kyle’s safety and wellbeing, Ms. Henson decided she would try and move her son to a facility closer to her home in Georgia with the hopes of ultimately bringing Kyle home. That’s when our organization was contacted by Ms. Henson for help.

In February 2015 Kyle was moved to a Colquitt, Georgia nursing home several hours from Ms. Henson’s home. It was a nightmare. Despite the nursing home’s willingness to accept Kyle, their mentality was similar to what Kyle was experiencing at the previous facilities. As a result, his health worsened.

Because of Kyle’s grave condition, and with the aid of the professionals who are part of our network, Kyle was admitted to one of the most prominent hospitals in Atlanta, where he is presently being treated at their intensive care unit.

One would expect being with treated in their ICU that this young man would be out of harm’s way. This is not the case. Kyle’s mom continues to be in a situation of never-ending battles of uncertainly, not knowing whether or not Kyle will get the aggressive help he needs.

Remarkably, Kyle still shows signs of responsiveness, and at times he desperately tries to communicate with his mom. Nonetheless, it has become painfully evident that this current hospital – just like the preceding caregivers – has clearly given up on this young man, providing him with only the minimal care that his insurance will cover. This is evidenced by the more than half-a-dozen pressure sores (commonly known as bed sores) Kyle has over his body (one he recently acquired). Not to mention the ongoing stress they are putting on his mom to find another facility to care for her son.

Indeed, it took a meeting with Ms. Henson’s attorney to persuade this hospital to stop the palliative care team from repeatedly asking her to move Kyle to hospice (again, Kyle is not dying), and to increase his food intake as he clearly shows signs of malnutrition.

The question is why? Why is this young man not getting the proper treatment he needs to help him improve? At least find a way to help treat the horrific pressure sores that are now covering his malnourished body.

Kyle doesn’t lack the will to live. Nor does his heroic mother lack the conviction to fight for her son in the hopes of meaningful rehabilitation. But Kyle’s situation appears grim, despite the heroism and resolve of those closest to him.

Sadly, our healthcare system is severely broken—it was broken before President Obama’s Affordable Care Act, and it’s broken in many ways today, which has led to a system the experts have been warning about.

Having been involved in this issue and in cases like this for over ten years, and in particular, advocating for Kyle, it has become disturbingly clear that if you don’t have the financial resources, then you aren’t going to get the help you may need, even if it means denying you the very treatments that could help.

In particular, if you are deemed too costly and the hospital wants to end your life, it is likely that steps will be taken to do just that. Either deliberately or, as in Kyle’s case, by providing inadequate care. And this can be accomplished legally, without consequence.

Quite simply, our nation has no idea what has happened to the laws that used to protect our medically vulnerable, but are now targeting these individuals as a solution to fix this growing financial situation.

However, as much as we want to use the excuse of the affordability of caring for our medically vulnerable, the government has the funds available to care for these persons. Just look at the 2014 report by the Heritage Foundation, Federal Spending by the Numbers. Among the more than 50 examples of how the government wasted billions upon billions of our tax dollars, it exposed that the Department of Defense destroyed $1.2 billion worth of ammunition because it did not have an effective inventory system.

The Terri Schiavo Life & Hope Network believes in a healthcare system that prioritizes hope over the sort of hopelessness that threatens to doom Kyle’s chances of recovery. Criticism of any specific hospital or medical center is rooted in hopefulness for their embrace of an even higher standard of care, and our vision for a national healthcare system with a mandate to help those like Kyle recover.

We eagerly await healthcare reforms that will inspire not only greater hopefulness within hospitals, but also provide the necessary funding for national recovery centers for those we presently consider hopeless.