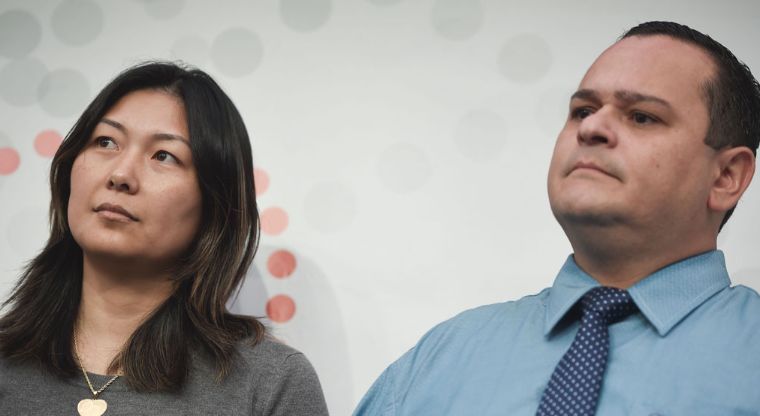 (AP) -- The parents (pictured above) of a Brazilian boy whose recovery from a severe brain injury is being cited by the Vatican as the "miracle" needed to canonize two Portuguese children broke their silence Thursday to share the story.

Joao Baptista and his wife, Lucila Yurie, appeared before reporters at the Catholic shrine in Fatima, Portugal on the eve of Pope Francis' arrival. Francis will commemorate the 100th anniversary of the so-called Fatima visions of the Virgin Mary by canonizing two of the three Portuguese children who experienced them.

The "miracle" required for the canonization concerns the case of little Lucas Baptista, whose story has to date been shrouded in secrecy. CONTINUE