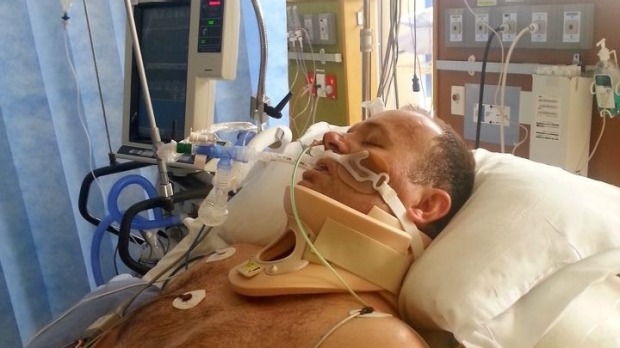 (Stuff.com) – Former school principal Craig Hickford had everything he had ever dreamed of. A beautiful wife, two gorgeous children, a successful career and his independence. Nine months ago, on Valentine's Day, his life changed for ever when he was knocked from his bike by a ute in Dunedin. He nearly died. Ambulance staff worked on him at the scene for over a hour before he could be transported. For the next 10 days, he was on life support in Dunedin Hospital. Doctors talked about turning his life support off. They didn't and he pulled through.

The 44-year-old is now home from Wakari Hospital's Isis unit, which treats people with serious brain injuries. The recovery is painstakingly slow. It's a pretty frustrating thing to have happen to you," Hickford says. "I've got a traumatic brain injury. It's meant I've started from zero again. That's been a real mission. It's just been a battle." CONTINUE