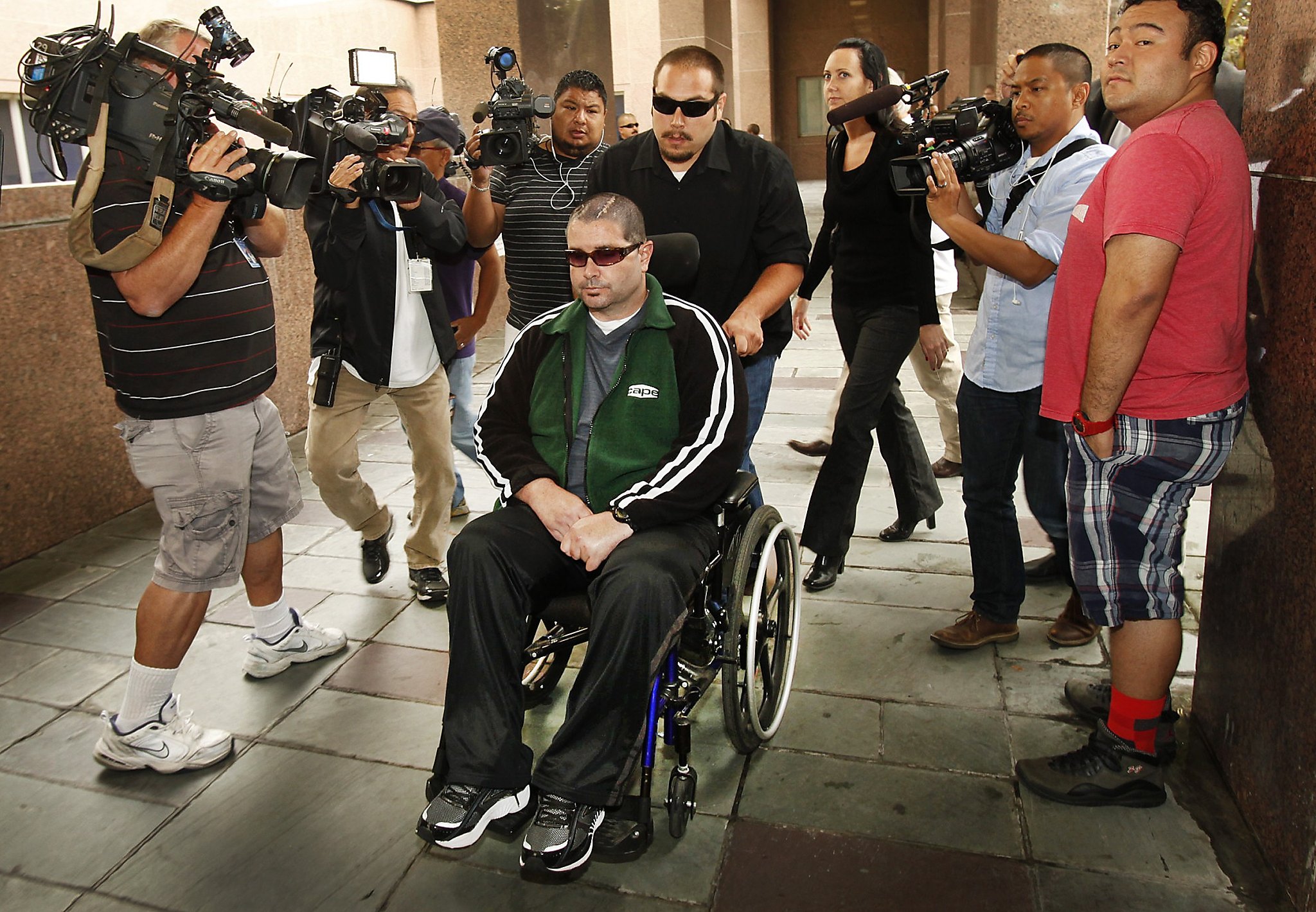 (West Hawaii Today) – The small student body of Kuleana Education was captivated, Monday morning, as a man told his story of survival after he was nearly killed by what he called “adult bullies” in 2011.

For the past two years, Bryan Stow has been sharing a message of anti-bullying and kindness following that brutal beating after a Giants versus Dodgers baseball game in San Francisco, an attack that grabbed national headlines. He and his family have shared his story and message across California. Monday was the first time they took the presentation outside the Golden State.

Sitting in a chair wearing a San Francisco Giants jersey, an orchid lei, compression socks with his crutches resting next to him, he told students he spent nine months in a coma after suffering from a traumatic brain injury.

“After waking from the coma I had to learn how to live again,” Stow said. “I had to learn how to speak again.” Prior to the beating, Stow was a paramedic. He told the children bullies destroyed his life and hurt his family. However, the assault created six years of a new existence for Stow. “I can still work and save lives,” he told the kids. CONTINUE