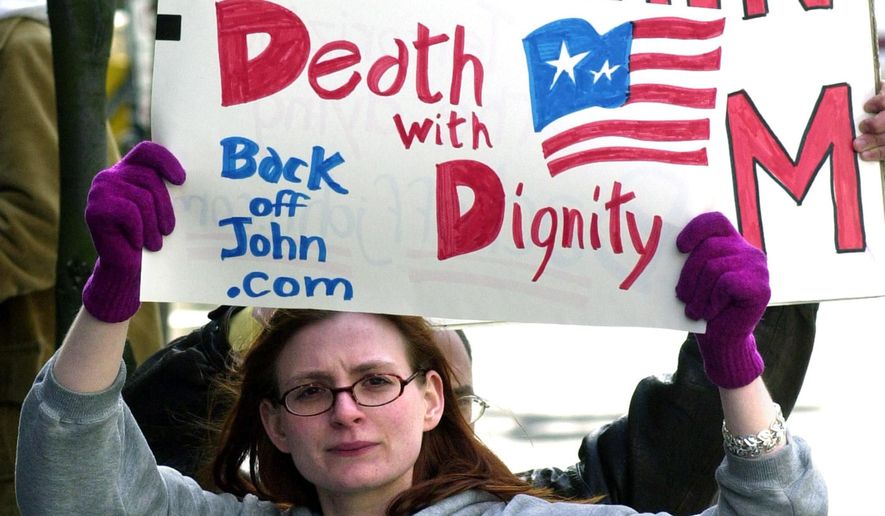 (Washington Times) - A law authorizing physicians in the nation’s capital to help end the lives of terminally ill patients who wish to die went into effect Saturday after congressional Republicans were unable to block the legislation in time. Washington, D.C., is now the 7th jurisdiction in the country to permit physician-assisted suicide.

Jessica Grennan, national director for political affairs and advocacy for Compassion & Choices, which spearheaded the effort, said the democratic process won out.

“The advocacy of D.C. residents and local officials is what won this victory,” Ms. Grennan said in a statement. “Democracy conquered the personal mindsets of paternalistic politicians whose opinions should not get in the way of people getting the medical relief they want and need.” CONTINUE