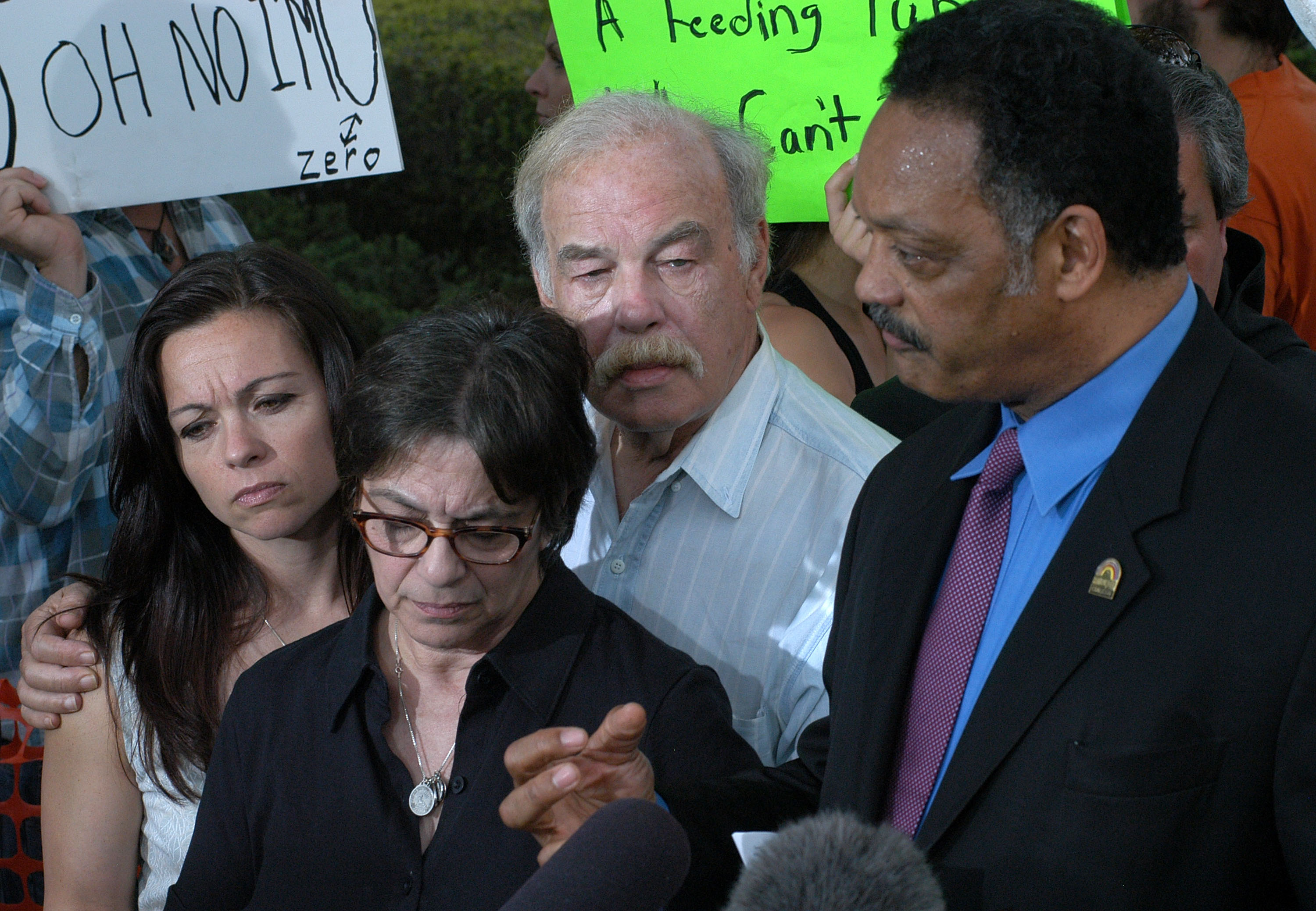 (BP) – Calling the Terri Schiavo situation “one of the most profound moral and ethical issues of our time,” civil rights leader Jesse Jackson prayed with her parents, Bob and Mary Schindler, and their family March 29 while spending a few hours outside the hospice where the disabled Florida woman is in her 12th day of a court-ordered starvation.

And in a development the afternoon of March 29 at the hospice, Thaddeus Malanowski emerged from the Pinellas Park facility and said he had been told he may not administer communion to Terri -- and was threatened with arrest if he proceeds to administer the sacrament. CONTINUE