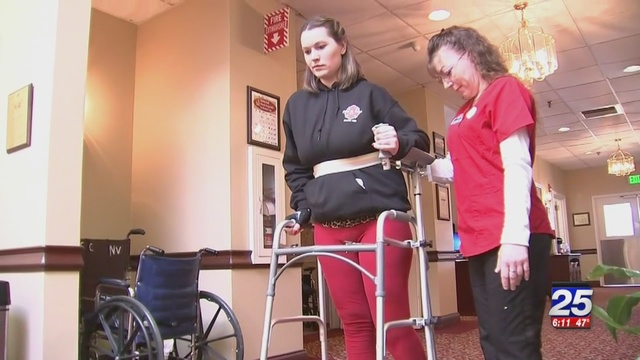 (Fox 25 WFXT) – More than a year ago, an Athol woman was nearly killed in a motorcycle crash while in Florida. "They said ‘if’ she is going to survive she would probably be a vegetable,” said Bonny Thomson, Shevonne Legere’s mother.

Thomson remembers the police knocking at the door and the blur of rushing to Florida. “We just looked at her and thought ‘oh my God this is really our daughter,” she said. Legere was thrown 150 feet from the back of the motorcycle. Her helmet took the biggest impact, but she still suffered a traumatic brain injury that left her in a coma for two months.

“I should be dead,” Shevonne said. Doctors told her she’d never walk again. Shevonne isn’t the type of person who backs down from a challenge. "She never gives up,” said her father. CONTINUE