Stuntman on the Long Road to Recovery After Horror Crash 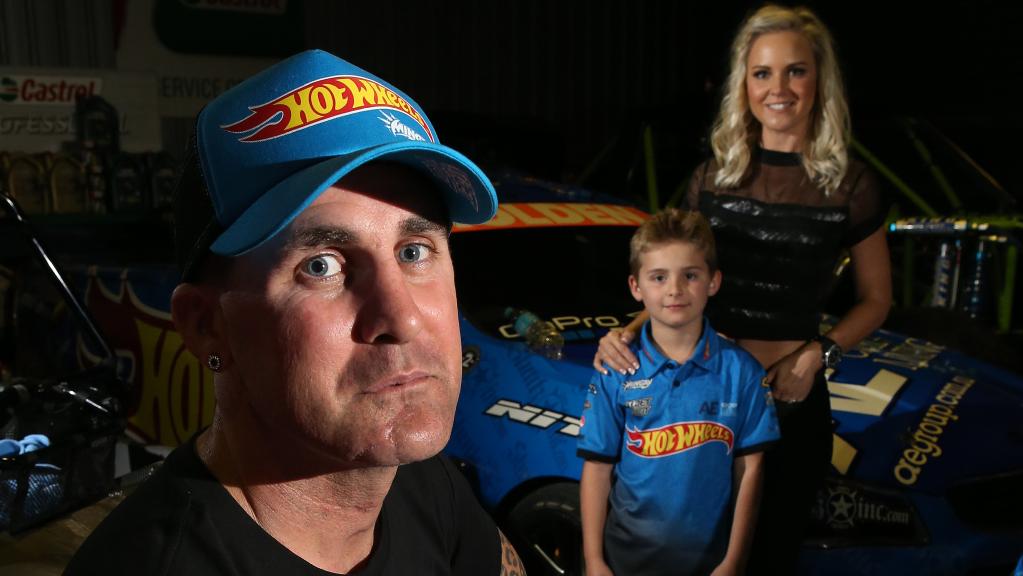 (Gold Coast Bulletin) – Sheena Mingay was not at all concerned when told husband Matt had just rolled his Super Truck mid-race. The 32-year-old partner of the veteran Gold Coast stuntman was trackside at the next corner to take his photo when she heard he’d tipped.

No big deal. It had happened plenty of times. The high-flying 600-horsepower crowd-pleasers are designed to get aerial. When cornering they do so with a wheel off the ground, sometimes two. Despite being able to jump six metres high and travel 30 metres through the air, the worst injury in Super Trucks’ three-year history has been a broken collarbone.

“I wasn’t worried,” Mrs Mingay tells Coast Weekend. “Those trucks roll over, it happens all the time. Matt rolls them over, the best guys roll them over. Usually you just push it back up. “They are designed to roll over.” But when no one would tell the Super Trucks official standing beside her what was going on, she admits she became a little anxious.

“No one would talk to this guy and let him know Matt was OK. He said ‘Quick, jump in the buggy and I will take you over’. “It wasn’t until we got there the panic kind of kicked in,” she says. “I asked if he was OK, if he was awake.” The pain from the memory of what came next was etched in her face: “This guy just looked at the ground and then looked back at me ... and shook his head. “He said ‘No – it’s not good’.” CONTINUE