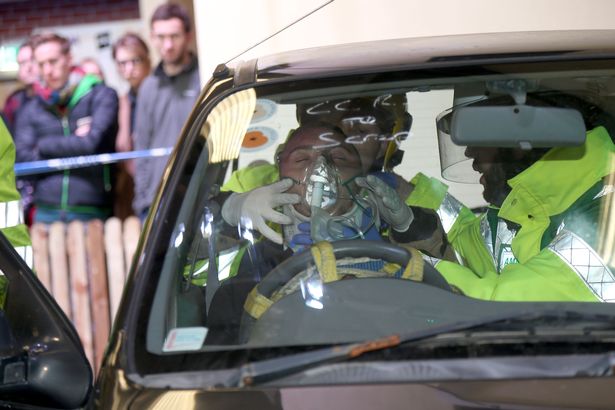 (Belfast Live) – A teenager injured in a road smash would have been left with brain damage if he had not been treated by an emergency team campaigners want to see taking to the skies over Northern Ireland.

Odhran McKenna sustained “horrific brain injuries” when his car left the road and hit a tree in February 2016. But he was treated within minutes by a doctor/paramedic team modelled on the Helicopter Emergency Medical Service (HEMS) hoped to be introduced in the region later this year.

The fact the 17-year-old, from Crumlin, Co Antrim , was treated by a doctor as well as a paramedic meant his brain injury was quickly stabilised with the use of general anaesthesia significantly reducing the damage that would have ensued if he had not been seen by a doctor until he was rushed to a specialist unit. CONTINUE