The Slippery Slope-Tactics in the Assisted Suicide Movement 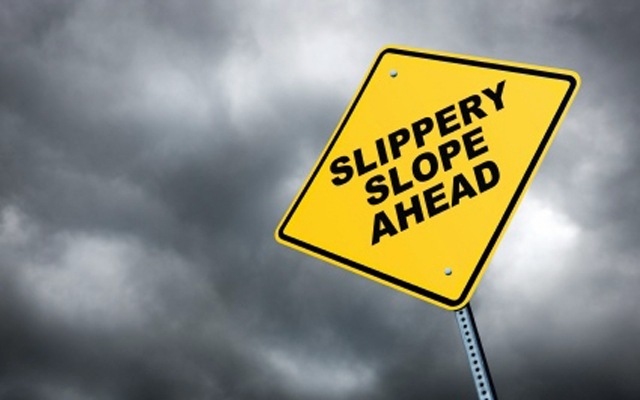 (Nancy Valko, RN ALNC) – I first saw this tactic in the mid-1980s when Missouri was considering a “living will” law to allow a person to refuse “death prolonging procedures” if a person became terminally ill and unable to speak for himself or herself. Some of us warned about a broader agenda, citing court cases involving feeding tubes and seriously brain-injured but non-terminally ill patients like Paul Brophy and Claire Conroy in New Jersey and Massachusetts.

In response, “right to die” activists (as they were known then) added the ”safeguard” of not allowing the withholding of food and water to the Missouri law and the bill was passed.

Not surprisingly, Missouri soon faced the Nancy Cruzan case involving the withdrawal of a feeding tube from a non-terminally ill young woman in a so-called “persistent vegetative state”. Soon after that, a Missouri Designated Health Care Decision Maker Act was passed that would allow a person to designate someone to make health care decisions (or a relative if there is no document) including withholding or withdrawing of feeding tubes when the person was incapacitated whether or not they were terminally ill or even in a so-called “vegetative state”. CONTINUE