Brain Injury Survivor on the Road to Recovery 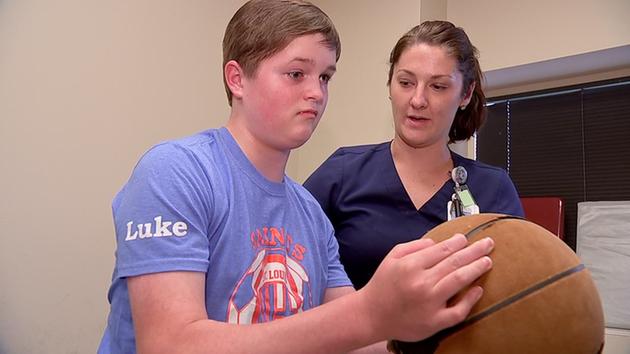 (ABC 13) – Every step 17 year old Luke Burnham takes in therapy at TIRR Memorial Hermann is one step closer to his goal of walking on his own. "When he came here he could only straighten one index finger. And that was it," said Luke's mother, Robin Burnham. She tells us about the car crash, just over a year ago, which led to his traumatic brain injury.

The family lives just outside Lake Charles, where Luke played soccer and ran cross country. "He was getting his running in and during his run, a car hit him," she said. The prognosis from doctors was bleak, "If he survived he would be a vegetable." The injury brought him here to TIRR Memorial Hermann, for evaluation by a team of professionals, among them, clinical neuropsychologist, Katherine O'Brien.

"I remember sitting down with Luke's parents, and saying I don't know if Luke will ever return to school, they were not happy with me that day." CONTINUE