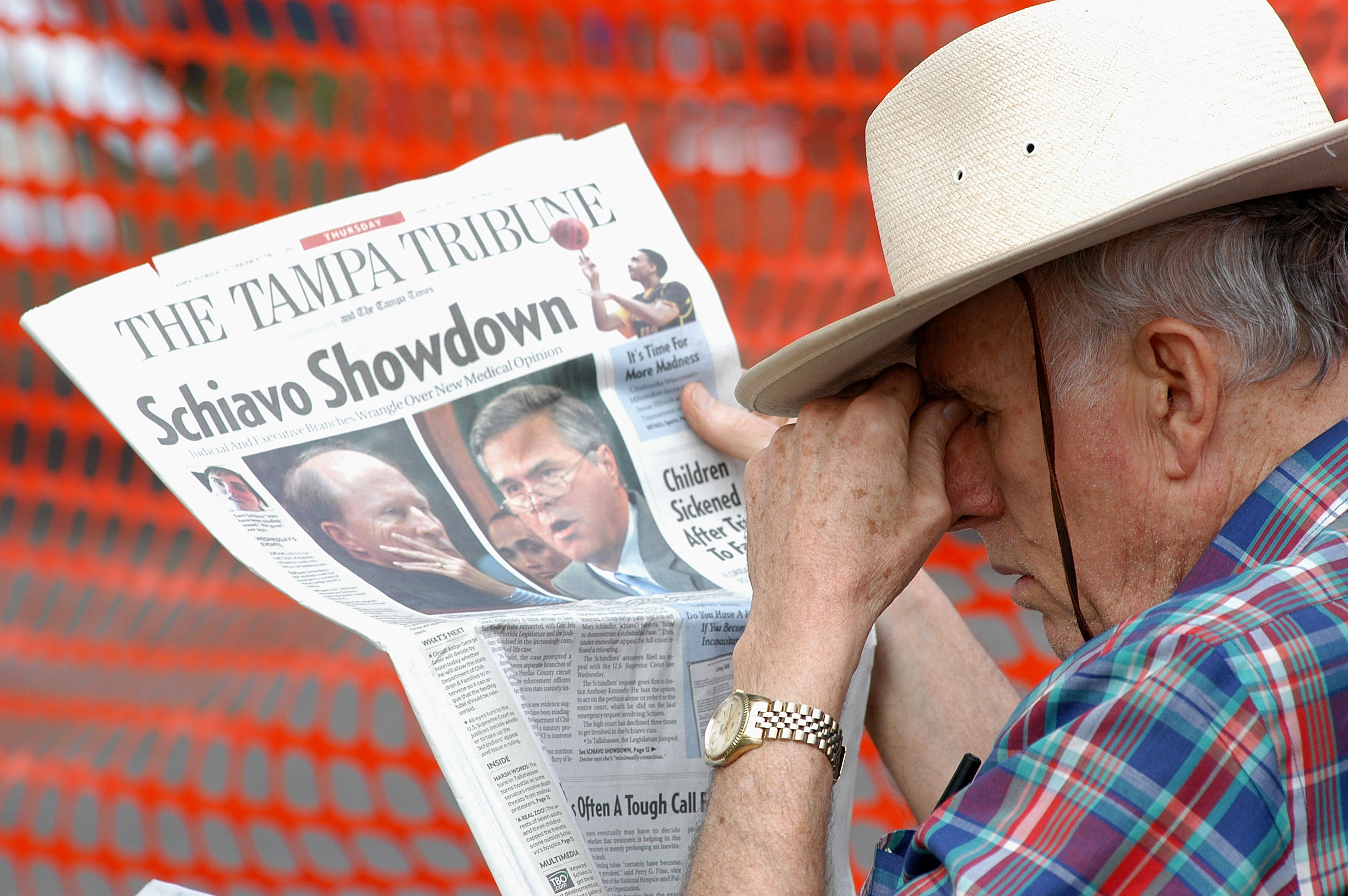 Paper: Florida Officials Made Attempt to Take Custody of Schiavo

(BP) – For days now, pro-lifers have urged Fla. Gov. Jeb Bush to ignore a judge's ruling and have Terri Schiavo taken into custody.

Apparently, such an attempt already took place. The Miami Herald reported Easter Sunday that agents with the Florida Department of Law Enforcement were en route to take custody of the 41-year-old disabled woman March 24 when they learned that local police stationed outside of Schiavo's hospice were not going to let them in.

The state agents -- acting on behalf of the Department of Children and Families -- backed down, fearing a constitutional crisis, The Herald reported. The local law officers were following a judge's order preventing the seizure of Schiavo. The DCF was acting on behalf of its power under the state's adult protection law. The action could have resulted in dueling law officers, according to The Herald.

"We told them that unless they had the judge with them when they came, they were not going to get in," a source told the newspaper. CONTINUE