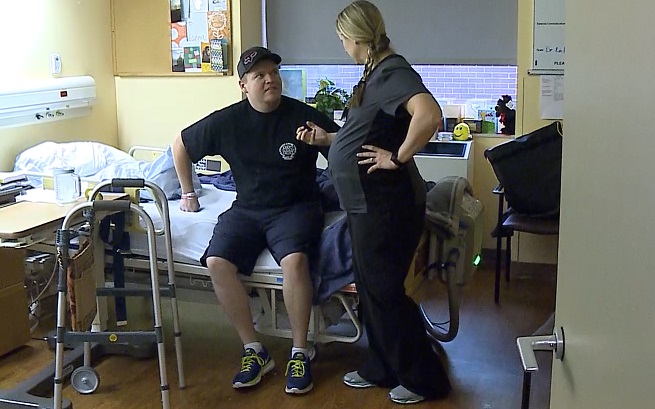 (KSBW8) – They didn't think he would make it. A Kansas City man, 22-year-old Jacob Rickel, was put into a coma and suffered traumatic brain injuries after a rollover crash on December 17th in Liberty, Missouri.

Rickel's mother received a phone call at 2:03 that morning saying her son had been in a terrible accident. The only thing doctors would tell her is that he was alive and to stay "cautiously optimistic."

"His friends said he was making a death rattle," said Sherrie Rickel. "They honestly didn't think he was going to make it. He never opened his eyes. He never spoke." Reports say Jacob lost control of his truck and was ejected since he didn't have his seat belt in use. He says he doesn't remember much about the accident. CONTINUE