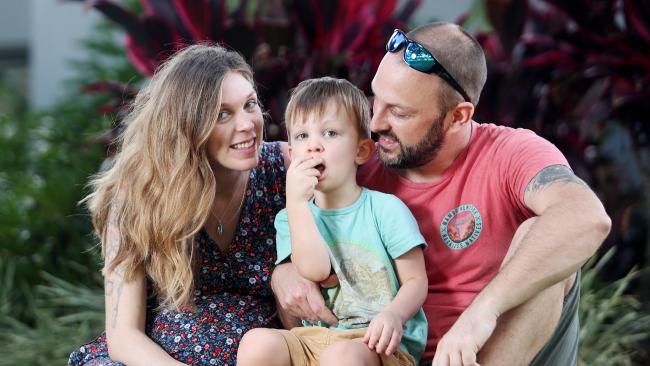 (Courier Mail) – For more than six agonising minutes Giles Campbell mentally prepared to say goodbye to his son Eli. Bitten by a deadly taipan, the two-year-old had suffered cardiac arrest and Mr Campbell and his pregnant partner Brittany Cervantes could only watch helplessly as paramedics fought to revive him.

But nearly five months, several setbacks, and hundreds of hours of rehabilitation later, the Agnes Water toddler is wowing physical therapists with his remarkable recovery. Yesterday he was running, playing and chatting in his own personal language.

Mr Campbell, 43, said while Eli had recovered better than doctors had at times believed he would, he suffered a brain injury from the venom that impairs his vision, causes ongoing epileptic seizures and has damaged his fine motor skills. CONTINUE